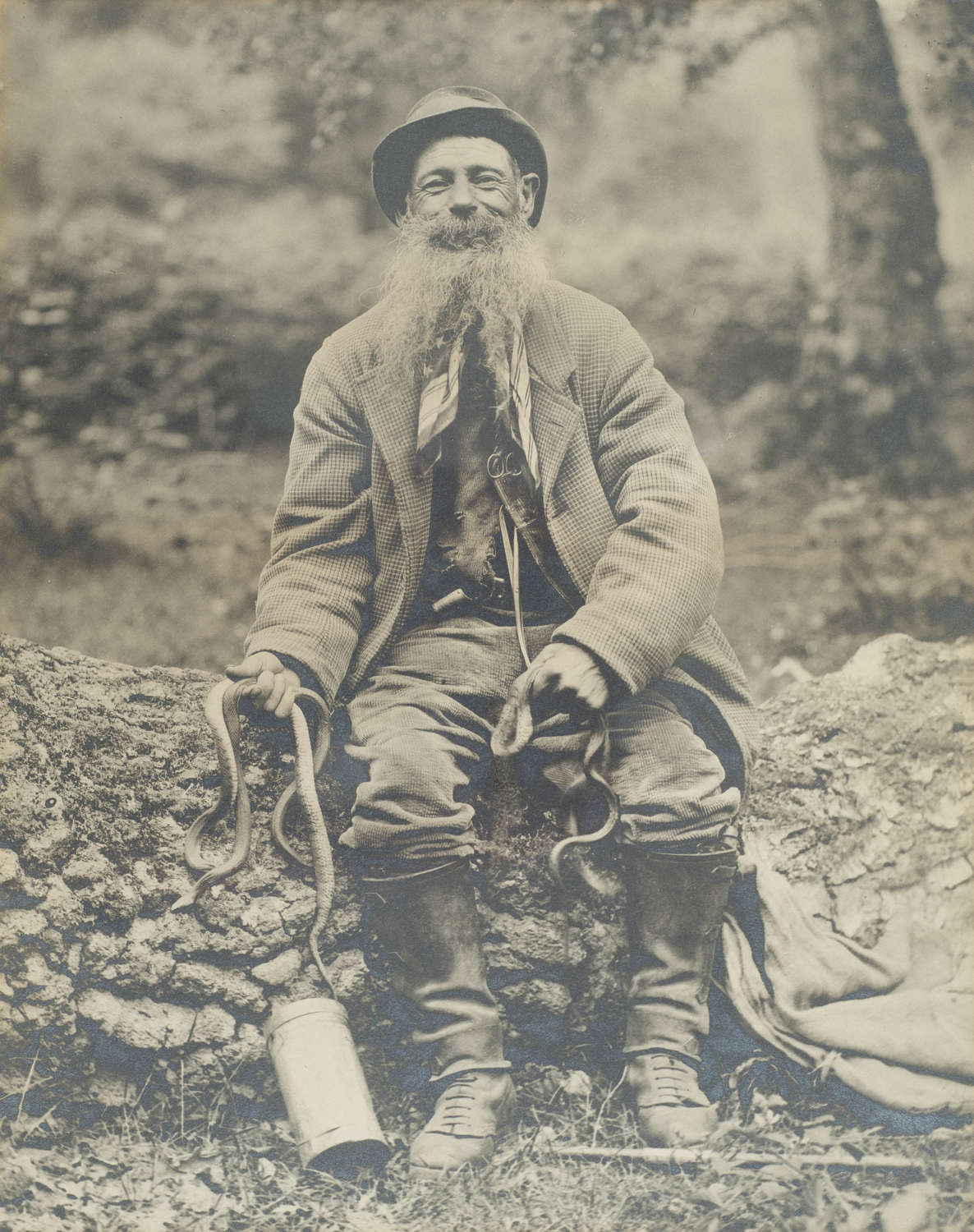 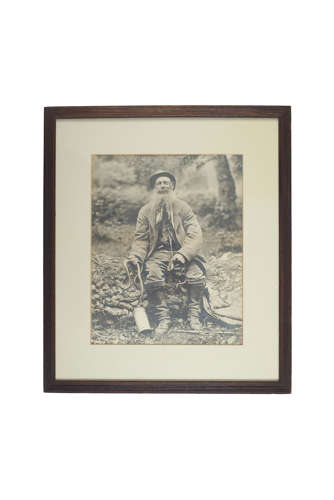 A 19th Century photograph of Harry 'Brusher' Mills (1840-1905). Brusher Mills was Britains last professional snake catcher. He lived as hermit in a charcoal burners cottage in the New Forest, Hampshire, making a living ridding local properties of adders and grass snakes, then selling them to London Zoo. He became a draw to visitors to the New Forest, an object of curiosity and local folk hero, He sold snake ointments and their skeletons to passing tourists. A regular at local cricket matches he was paid to sweep the pitch between innings; hence the name 'Brusher'. In 1905 his cottage was badly vandalised and he was left homeless. The culprits were never found. Robbed of his home, Mills died a short time after.

Please fill in the information below