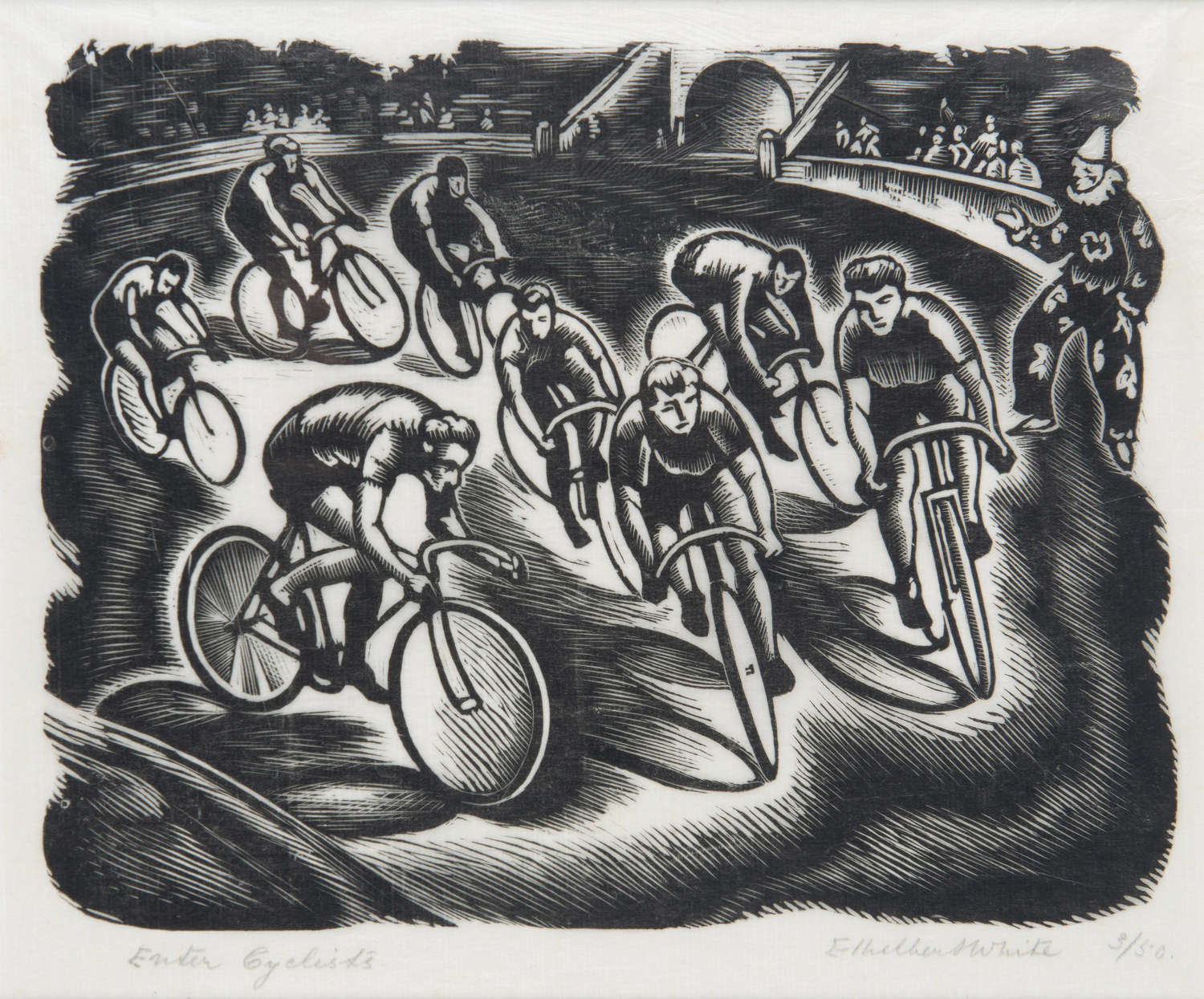 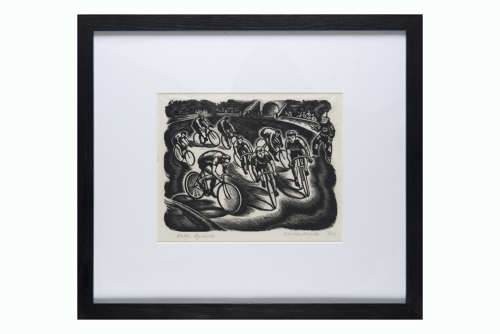 Woodcut on Japanese paper, signed in pencil and numbered 3/50 no date.

Ethelbert White was a wood engraver, etcher, watercolourist, landscape painter, book illustrator, poster designer. Born in Isleworth, middlesex and studied at St Johns Wood Art School. He became friends with Mark Gertler and Christopher Nevinson and exhibited with the London Group throughout the interwar period. White also exhibited regularly at The Royal Academy and The Leicester Gallery. After his death there were several memorial exhibitions, notably at the Fine Art Society in 1979. He is recognised today as one of Britains finest wood engravers in the English Pastural Tradition.

He led a bohemian life travelling the country with his wife Betty in a gypsy caravan. They became close friends with artist Augustus John and were renowned for their musical entertainment and love of parties.

Ethelbert White's work can be found in many public and private collections including The British Museum, The Vitoria & Albert Museum, Tate Galleries and The British Council.

Please fill in the information below